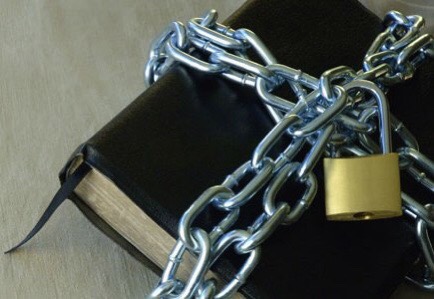 But Peter and the apostles answered, “We must obey God rather than men.  Acts 5:29

Things are changing rapidly in our culture. We have hit a tipping point. For years movements like the LGBT have been preaching equality and winning over society.  Sexual freedom is glorified more and more. The idea of waiting to have sex until marriage has become taboo. Tolerance is being rammed down our throats at every turn. It is no longer enough that these lifestyles be allowed in our culture.  They have become bolder in their demands. There is a demand for it to be accepted.

People are losing their jobs for speaking out against these lifestyles. Christians are being seen as bigots because they are unwilling to accept what they consider to be immoral actions. Society will not allow Christians to love them without agreeing with them. Yet, this is our calling.  People don’t like feeling guilty so the rise in anger increases in order to try and shut the mouths of Christians. Here is the reality. Persecution is coming.

More and more momentum is building to tolerate every group but Christians. It is ok for you to do about anything you want and it be accepted anymore. Morality has been replaced with anything goes mentality. The loud voice of our culture preaches toleration for everyone except those who disagree and take a stand. That will not be tolerated. It can’t be. If someone disagrees hey might have to face the possibility it is wrong. That will not be allowed.

The tipping point is here. It used to be just angry dismissal of Christians. Now if one speaks out publicly, their job is on the line. Very soon society will demand churches conform or there will be consequences. Government will bow to the pressure of the majority and begin to take freedoms away from the church. It might be our tax exempt status or a censorship of sermon topics or forcing ministers to marry those of LGBT community. It might be all of these. Is there a day coming when Christians will face jail time if they don’t conform? I think it might.

So what are we to do?  Stand up. Count the cost. Hold firm to our conviction. Trust Jesus to the very end. We don’t want to start a war but we are already in a war. We can’t compromise. We can’t lose faith.

And while they spit at us and call us names we are to love. Not retaliate. We are to pray for them and show them kindness even if they seek to destroy us. It is what Jesus did.

We must obey God rather than men!

14 thoughts on “Christian Your Views Are No Longer Tolerated”